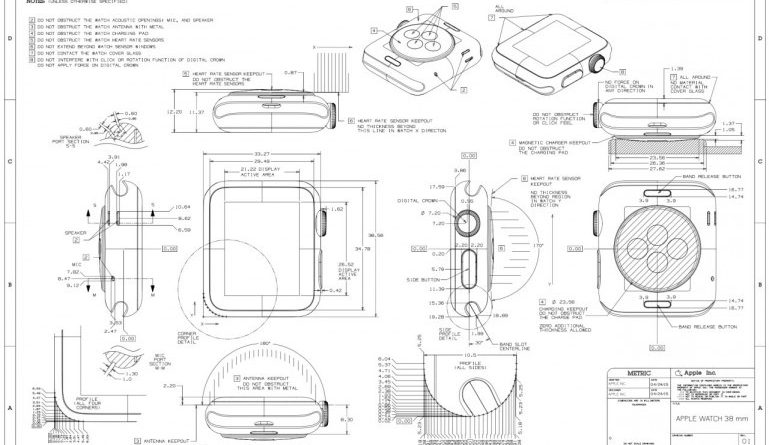 Apple is usually reluctant to share technical details about its products, believing that we have a general enough impression of them, and delve into the subtleties at all to nothing. In the case of “smart clocks” in many ways, too, it happens so – we would not have learned much, if it had not been for the specialists who looked inside the device. However, something tells itself and Apple.

On the official site of the Cupertino company, in the section for developers and other specialists, detailed constructive schematics of Apple Watch appeared. These documents, in the first place, are useful for third-party manufacturers of various accessories – straps, cases, protective films, as well as docking stations. It is also unfit for those who are going to repair Apple Watch.

It is interesting that the mysterious diagnostic port, hidden under the strap, was not mentioned in this document. Probably, the hope to use it to create some “smart” accessories, still vain. But the company gives a number of recommendations, in particular – it indicates inadmissibility of blocking access to technological holes in the case, closing the screen with an antenna, overlapping the heart rate sensor and wireless charging.

There is no doubt that we will see a huge mass of accessories for Apple Watch on sale very soon. While some problems are observed in the sales of the watch itself – pre-orders are available only with delivery for the summer, and still only in nine countries of the world.