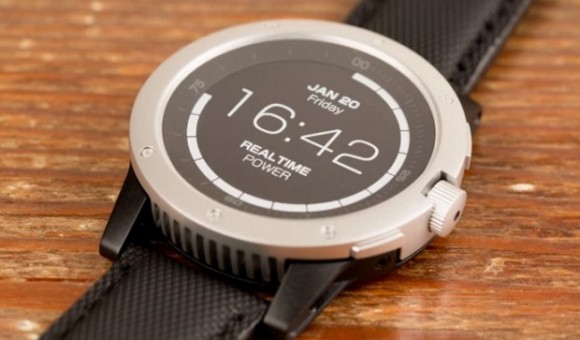 PowerWatch: the first smart watch that you do not need to charge

Matrix will soon begin delivering smart watches PowerWatch, which never need to be charged from the outlet. They replenish the supply of batteries themselves, transforming into electricity the heat emanating from the human body. Last year, the startup collected $ 1.6 million for Indiegogo to release the device.

The device measures the amount of calories burned, the overall level of physical activity and the quality of sleep with “advanced thermoelectric technology,” assure its creators. Moreover, PowerWatch is claimed as the first of its kind gadget that displays the amount of electricity generated by the user. The charge level is shown in the form of scales (Power Meter scale) on the dial.

The Engadget editor, Sherlin Low, who received a pre-sale sample of the Matrix product for the test, seemed too “too simple” and large, although she called the idea itself promising. According to her, the watches have very basic functions (they know how to display time, start an alarm, count steps and calories), their black and white LCD screen, which does not consume much energy, looks out of date and the interface is not intuitive. In addition, the display is not touch-sensitive: you have to switch between modes using the button.

PowerWatch uses a thermoelectric generator that converts heat to electricity. This is due to the use of the difference in ambient temperature and the human body, which is kept at a constant level (36.6 degrees Celsius). Heat passes through the skin, from where it can be absorbed by the “smart” clock, worn on the wrist.

As Lowe wrote, the scale on her watch showed two marks when she was sitting in the office, but “after a brisk walk home in one cold evening” their number rose sharply to ten. Moreover, the next morning the PowerWatch charge remained the same as it was in the evening. Matrix says that smart-clock batteries last for 12 months if they are not worn.

The cheapest PowerWatch model is for $ 199, the black version will cost $ 229. Premium version – PowerWatch X for $ 279 – can display notifications from the smartphone and has increased moisture protection (up to 200 meters against 50 meters for conventional models).

This website uses cookies to improve your experience while you navigate through the website. Out of these, the cookies that are categorized as necessary are stored on your browser as they are essential for the working of basic functionalities of the website. We also use third-party cookies that help us analyze and understand how you use this website. These cookies will be stored in your browser only with your consent. You also have the option to opt-out of these cookies. But opting out of some of these cookies may affect your browsing experience.
Necessary Always Enabled

Any cookies that may not be particularly necessary for the website to function and is used specifically to collect user personal data via analytics, ads, other embedded contents are termed as non-necessary cookies. It is mandatory to procure user consent prior to running these cookies on your website.