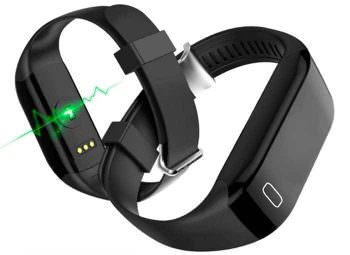 According to some rumors, the Xiaomi Mi Band 3 fitness bracelet should be released in 2017, however, its presentation has not taken place yet. At least, as the resource Xiaomiphone.

As you know, the company released Mi Band 2 two years after the first generation model. The first version was released on July 22, 2014, and the second version – in 2016, June 2. And this gives ground for the assumption that Xiaomi takes more time to create an improved device with more functions. It is logical to say that the release date of Xiaomi Mi Band 3 is May 2018.

It is expected that the new model will be shipped with NFC. Thanks to this technology, you can make a payment with a smart bracelet through payment systems such as Xiaomi Mi Pay. Obviously, Band 3 should be connected to the smartphone via Bluetooth to transfer money through the official application. Another module, expected in the new fitness tracker from the Chinese giant, is GPS, which will allow you to track the route during your sessions, so that it’s better to control physical activity everywhere.

Perhaps the new fitness clock Xiaomi Mi Band 3 will be equipped with a large screen. It is not yet known whether this will be a color screen, but rumors suggest that the company will offer the OLED display, like in Mi 2, only a full touchscreen and a larger one. By the way, this factor can affect the battery life.

In addition, in the new Mi, you can expect more functions associated with breathing and monitoring blood pressure (tonometer).

The price of the device should also please the economical fitness enthusiasts. The cost should remain the same as the previous models. And if so, then this sports tracker will be one of the most sought-after smart bracelets on the market.

On the Internet there were news that Xiaomi had allegedly released a smart third-generation Mi bracelet. In fact, the partner of the company – Huami – unveiled its own sports tracker under the Amazfit brand, which is called the Health Band.

Since Huami in cooperation with Xiaomi produces all Mi bracelets, it misled the users who mistook the Amazfit tracker with the upcoming new Mi 3. Especially since these gadgets are very similar, although there is a big difference in price. Buy a new Amazfit device will be for $ 100, and this is at least three times more expensive.

We will not rush things and wait for Xiaomi’s official announcement about the release date of its third fitness tracker Mi. Follow our news and wait for an overview of the new Xiaomi device on our website.