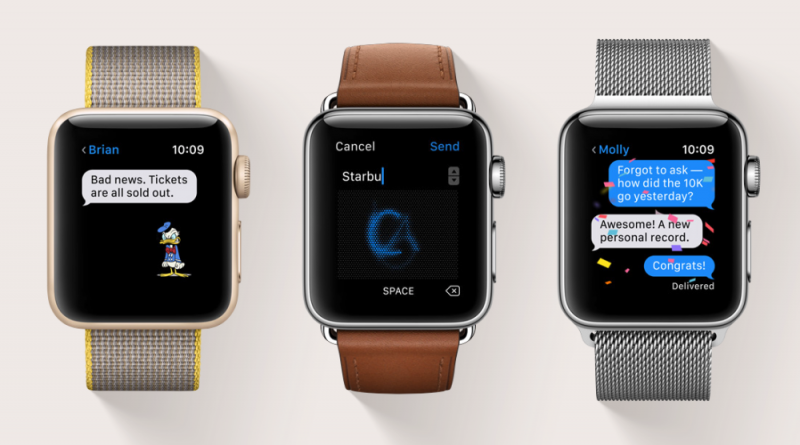 In the second quarter of 2017, the world market of wearable wrist devices grew by 8%, according to the analytical company Canalys. Leaders for the supply were Xiaomi and Fitbit: the first released 3.5 million fitness trackers, and the second – 3.3 million devices, reducing shipments by 34% compared to a year ago. Apple, in the assortment of which only a smart watch, this time it was only the third with a result of 2.7 million Apple Watch.

Although Xiaomi and Fitbit are ahead of Apple on the background of the higher demand for fitness bracelets, Canalys analysts forecast a change in the situation in the second half of 2017, following the launch of new smart watches with support for cellular communications. It is expected that by the end of the year the deliveries of the latter will reach 12 million units. According to rumors, in the next generation of smart watches Apple Watch, which will be released this year, will also provide a function of cellular communications, and experts believe that the novelty will help strengthen the market position of Apple.

Along with Apple, experts closely monitor Fitbit, which recently has experienced considerable difficulties and is losing market share in portable electronics. To restore the company’s position, it is necessary to present truly attractive watches for users that would outperform competitors in their capabilities, analysts say. According to experts, the new gadget, which Fitbit is preparing to release in the second half of 2017, has a chance of success. It is expected that the device will be characterized by a compact design, an improved battery life, as well as a new application with a coach function.

“The agiotage around smart watches has not been long, and now the market needs to focus on consumer-friendly usage scenarios to stimulate demand,” says Canalys analyst Mo Jia. As an example, the specialist brought the Chinese companies Xiaotiancai and 360, producing smart watches based on Android with support for cellular LTE networks, through which parents had the opportunity to monitor the location of their children. Also, the expert noted that the release of new chipsets Qualcomm Snapdragon Wear pushed manufacturers of portable electronics to improve devices.

Canalys predicts the rapid spread in China of high-end smart watches with LTE-connection and other new features.