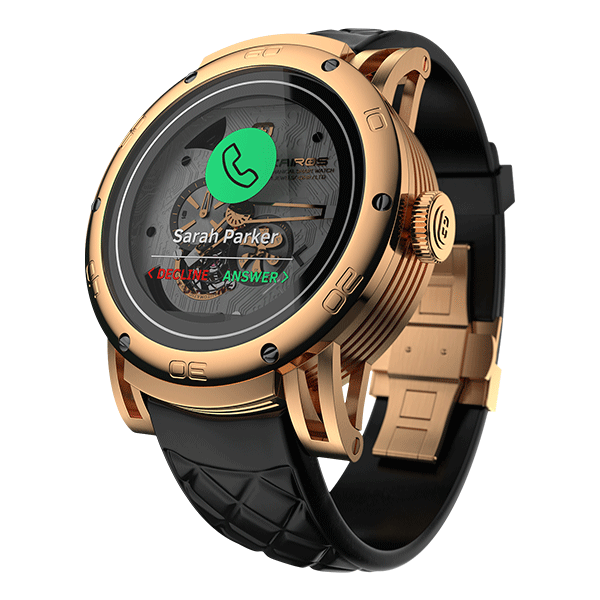 The best Smartwatches for Windows Phone

The Windows operating system is well known around the world. Her mobile version of Windows Phone, too, was not bad, although it remained in the shadow of such giants as Android and iOS. One of the downsides of Windows Phone is that it’s hard to find compatible smart watches. Manufacturers seem to have forgotten that in addition to Android and iOS, there are also other mobile OSes. But we hasten to please you, that owners of phones on Windows Phone still have a certain choice of smart watches, the best of which are listed in this article.

Microsoft has released its own fitness bracelet Microsoft Band, but it is not liked by all Windows Phone users. Therefore, we decided to find alternative options for smart watches and bracelets compatible with phones on Windows Phone.

Our list opens the brand sports bracelet Microsoft Band 2, developed in the company that gave the world the Windows operating system, and then the Windows Phone. Naturally, this bracelet by default is 100% supported by phones on Windows. Perhaps the fans of smart watches will not like the form factor of the bracelet, but this is an ideal option for athletes. Microsoft Band 2 is equipped with a pulse sensor, displays notifications of calls and messages, has a number of sporting functions. In addition, it will be the best choice for Windows fans.

Wrist devices of this company have a lot of interesting features and support the latest versions of Windows Phone. The users of smartwatches “Hot” available encrypted calls, gesture commands, e-mail, SMS, social networks and even have a pedometer. The housing does not allow water to pass through. Alas, speech recognition in smart Hours Hot works only through Siri or Google Now.

This is a unique smart bracelet. It has quite a few different functions, but first of all Razer Nabu is a tool for survival. He warns the user about impending threats. Fitness bracelet can control the consumption of calories and quality of sleep. It certainly will appeal to those who love unusual devices. And, of course, it supports synchronization with phones on Windows Phone.

Fitbit takes a strong position in the smart watch market. By the number of sales it is on the third place after Apple and Samsung. The great news for Windows Phone users is that Fitbit Blaze Fitness Watches has support for Windows phones. The advantages of this device are the pulse sensor and GPS. Of course, only if you have an extra $ 200 to buy a Fitbit Blaze. This is one of the best smartwatches for Windows Phone. By the way, we recall that Windows Phone also supports many other Fitbit models.

Support for Windows Phone appeared only in the third generation of smart watches ZeWatch from the Swiss company MyKronoz. The screen of the device is black and white, but the presence of a microphone with a speaker allows you to answer right from the clock to the phone calls. Among the fitness functions there are a pedometer, a calorie counter and sleep monitoring.

This is a very beautiful and durable smart watch with support for Windows Phone. Even with GPS, one battery lasts more than a week. The device has many functions and in this respect surpasses the branded fitness bracelet Microsoft Band 2. Garmin also provided the possibility of installing new applications for Fenix 3 watches. Basically, they are quite simple, but very useful.

In our selection this is the most expensive brand. The company produces hybrid smart watches – they are mechanical, but they have a color transparent display (the degree of transparency is from 40 to 60%). They work on the proprietary OS Kairos, which is compatible with all popular mobile OS: Android, iOS and Windows Phone. The company Kairos offers a large selection of smartwatches, but keep in mind that their cost often exceeds $ 2500.

There are many smart watches that support Windows Phone, but in this article we decided to limit ourselves to only the most interesting and popular models. We hope that our selection will help you find a suitable smart watch for Windows Phone.