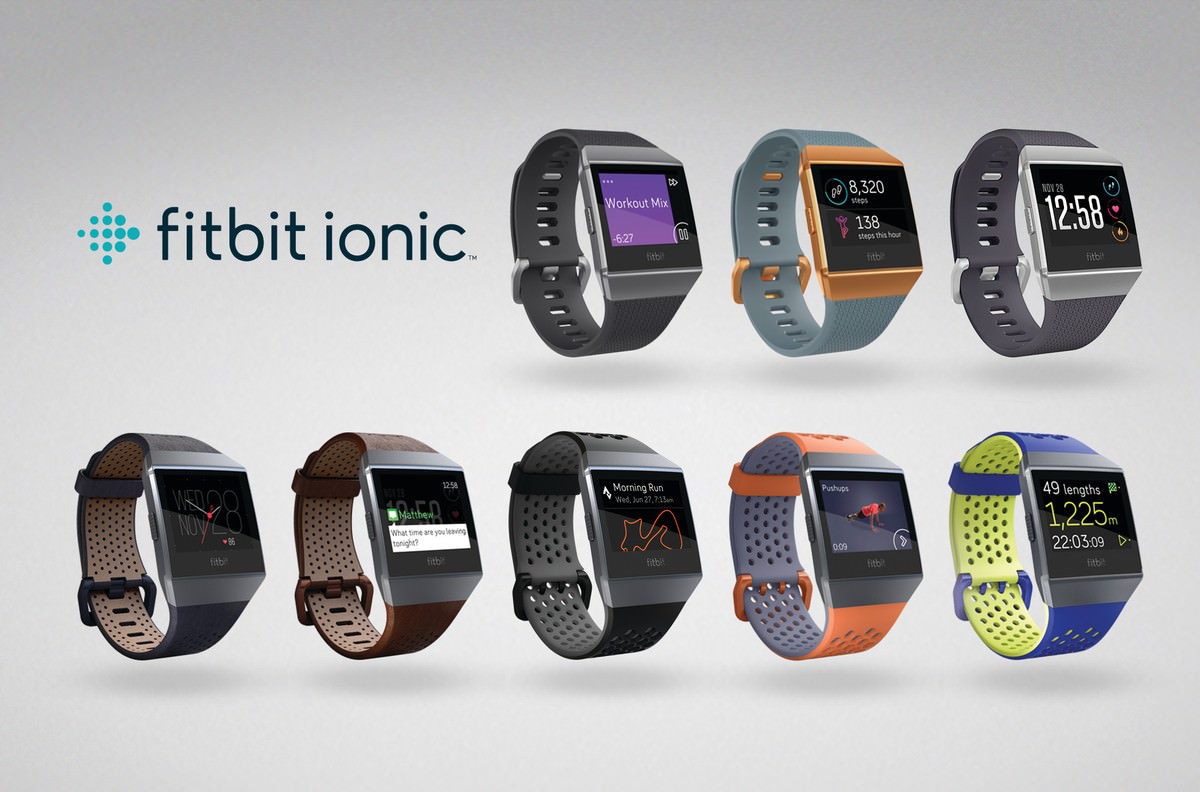 Fitbit Ionic – this is the first full-fledged smart watch from the company Fitbit. Let’s skip the debate about their design, some users found the appearance of the watch beautiful, and some do not. The gadget received very interesting new features, which became possible due to its unique technical characteristics. Smartwatchmanuals.com offers the top 10 key functions and chips of Fitbit Ionic, which highlight the novelty in the background of other smart watches: Apple Watch, Samsung Gear S3, Huawei Watch 2, etc.

While other watches offer about one day of work (hello Apple Watch), Fitbit Ionic can hold out for four full days without recharging. And this, for a minute, more than half of the working week. For comparison, Samsung Gear S3 work 2-3 days in a gentle mode. Autonomy is one of the biggest features of the new Fitbit Ionic watch. We look forward to testing the claimed battery life in real day-to-day use, but the early signs of the gadget indicate that the clock will work roughly stated for 4 days.

Fitbit Ionic watches come with a 1.42-inch rectangular display that can shine with a maximum brightness of 1000 nits. You can easily see what happens on the clock screen, even under direct sunlight. The screen resolution is 348 × 250 pixels, the type of matrix is ​​used by the LCD, and Corning Gorilla Glass 3 is used as a protection.

Just like Apple Watch and Samsung Gear S3, Fitbit Ionic will support third-party applications. This is a completely new territory for Fitbit, and for Ionic there are no such important applications, such as Spotify, or Apple Music. Here everything will depend on the developers, applications for these hours can be created using SVR and Javascript. A new development environment, called Fitbit Studio, is also going to encourage developers to create proprietary applications. Interestingly, the head of the software Fitbit announced that developers from Pebble Developers are already working on applications for Ionic. At the start there will be only four programs: Starbucks, Accuweather, the bicycle application Strava and Pandora. Almost all of them are for Western markets.

Ionic will have one important difference: a new heart rate sensor that uses a combination of red, green and infrared light to detect blood flow and obtain very accurate measurement results. Unlike other “green” optical heart rate meters that use green light and its reflections to measure heart rate, the latest technology is used, which has great prospects. For example, the current Fitbit bracelets use the PurePulse system, which shines green on the hand, and the sensor reads a reflection that returns from the skin to perform a pulse reading of the cardiogram.

Protection against water and GPS 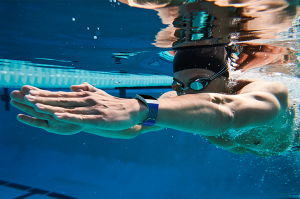 Fitbit Ionic have a protection against moisture and allow you to dive to a 50-meter depth without damaging the electronics inside. The gadget, thanks to its slim body and powerful protection, is ideal for swimmers. It also supports built-in GPS navigation, which will accurately track your workouts: not just swimming, but running, marathons and stuff.

Automatic detection of exercises is also one of the main features of Fitbit Ionic. You no longer need to manually select and display the type of training each time. Intelligent Ionic watches automatically start the right workout when they notice that you started running, swimming or just walking. It is convenient and relieves you of unnecessary mechanical actions.

Notifications from your smartphone

Interaction with the smartphone is a key feature of Fitbit Ionic. These smart watches work not only with devices on Android and iOS from Apple, but also syncs with Windows phones, which is unusual and commendable. You can receive notifications from your smartphone about the most important events. The clock provides notifications of calls, messages and events in the calendar. So Ionic can become a good companion for those who use the phone on Android, iOS and even Windows.

You can pay for purchases for hours 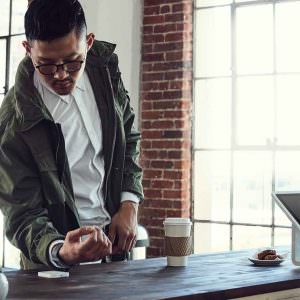 Fitbit Ionic comes with a built-in NFC chip. This allows users to use a wearable gadget to make wireless payments, and the system works with Mastercard, Visa and American Express cards. Fitbit is currently working with various banks to optimize the payment process and attract more people to the service. Than you do not have an analog Android Pay?

If you’re tired of the stock strap of the Fitbit Ionic, you can easily replace it with another one, as in the case of Mi Band 2. The company offers several removable straps that can give the smart watch a better look. It is possible that Chinese manufacturers will pull up and release additional removable straps for these watches.

Fitbit Ionic is a smart watch and they stand, like other smart watches from A-brands. In the US, the manufacturer asks for $ 300. The first deliveries of new items will begin in October 2017. How do you like this device, would you buy one for yourself? Let us know in the comments!